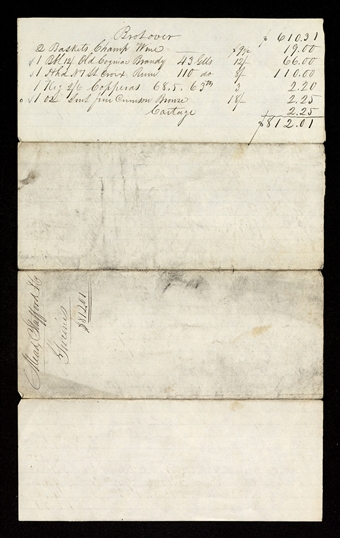 Docket in handwriting of Marcellus Cowdery.

Docket in handwriting of Marcellus Cowdery.