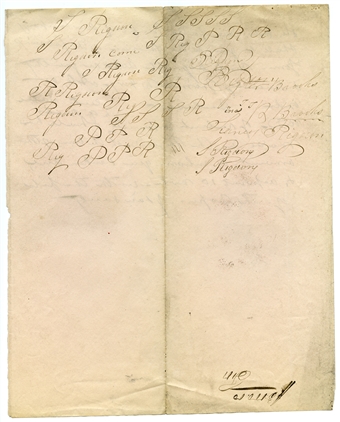 [This page was used by a clerk or officer to practice signatures.]

TEXT: This text and the preceding dollar amount were written upside down at the bottom of the page.

[p. [6]]
[This page was used by a clerk or officer to practice signatures.]