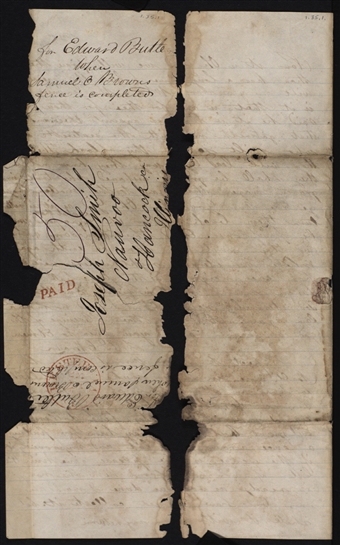 Endorsements in handwriting of William Clayton.

Endorsements in handwriting of William Clayton.