Recommendation from Quincy, Illinois, Branch, between 20 October and 1 November 1839 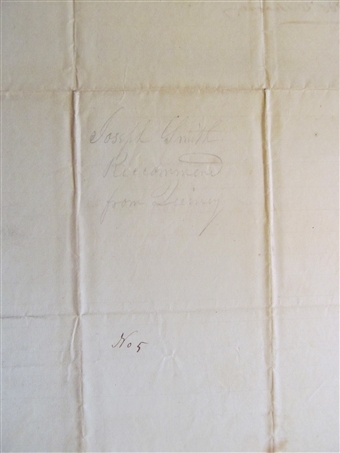