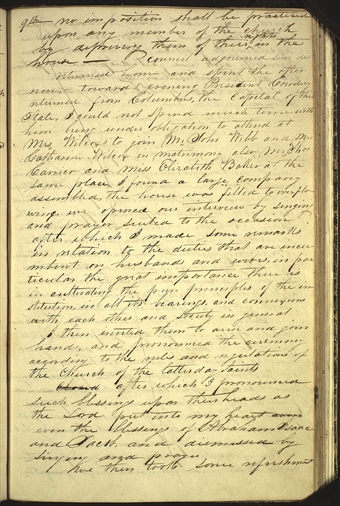 [p. 113]
9th— no imposition shall be practiced upon any member of the church by depriving them of their rights in the
house