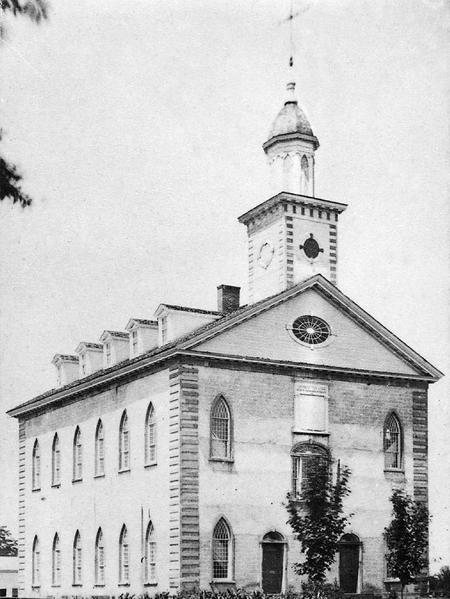 Exterior of House of the Lord, Kirtland, Ohio Stereograph, W. A. Faze, circa 1875. (Courtesy Community of Christ Library-Archives, Independence, MO.)

JS revelation, dated Jan. 1831, directed Latter-day Saints to migrate to Ohio, where they would “be endowed with power from on high.”
1

Had three stories with large rooms for assemblies on first two floors and five rooms or offices on attic floor.
5

Included variety of pulpits in tiers at either end of assembly rooms for various priesthood offices.
6

Used for variety of purposes, both before and after dedication, including confirmations, ordinations, quorum organizations, anointings, Elders School, and Hebrew School.
7

See also glossary listings for “
House of the Lord

An educational program established in Kirtland, Ohio, in January 1836 for the study of the Hebrew language. On 4 January 1836, JS organized the school and served as its temporary instructor for three weeks. A committee composed of JS, Sidney Rigdon, Frederick...

View Glossary
,” and “
School of the Prophets