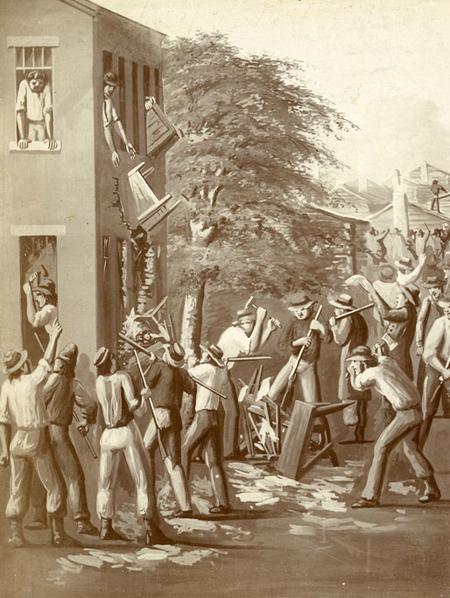 Artist’s depiction of the destruction of the Evening and the Morning Star printing office (Church History Library, Salt Lake City. Photograph by Rinehard and Co.)

Haskel and Smith, Gazetteer of the United States of America, 293.

Haskel, Daniel, and J. Calvin Smith. A Complete Descriptive and Statistical Gazetteer of the United States of America. . . . New York: Sherman and Smith, 1843.

Oliver Cowdery and other missionaries arrived in area, by Jan. 1831, and proselytized among American Indians living nearby.
7

Also referred to as New Jerusalem. JS revelation, dated Sept. 1830, prophesied that “city of Zion” would be built among Lamanites (American Indians). JS directed Oliver Cowdery and other missionaries preaching among American Indians in Missouri to find location...