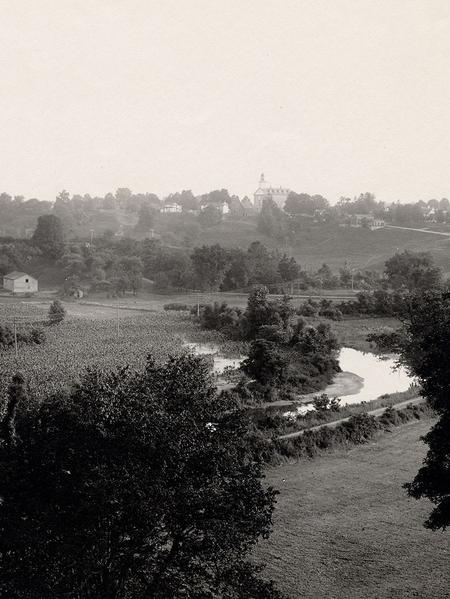 Rapid immigration of Saints posed difficulty for both Saints and other residents.
9

JS and other Saints participated in School of the Prophets as well as other schools devoted to wide variety of subjects, including Hebrew.
10

While in township, JS obtained several ancient Egyptian mummies and papyrus scrolls; JS’s translation of some scrolls later published as Book of Abraham.
12

Harper, Making Sense of the Doctrine and Covenants, ix–xvi.

With increased demand for land in Kirtland, prices rose.
15

“Kirtland Economy,” in Encyclopedia of Mormonism, 2:792.

Need for capital led to establishment of Kirtland Safety Society, but failure to obtain state charter, negative publicity, and other problems led to failure of financial institution, 1837.
16

“Kirtland Economy,” in Encyclopedia of Mormonism, 2:793.

Under threats from dissidents and outside antagonists, JS and other church leaders fled township, early 1838.
17

Acting on directive from JS, church members made organized effort to leave Kirtland in 1843, but many Saints remained through 1845.
20

After death of JS and departure of most Saints, schismatic activity became prevalent in Kirtland.
21